We have just finished learning about the Children of Lir. We created our own booklet and illustrated the story. We broke the story up into eight sections and wrote short descriptions of what we thought were the most important events in the story. We then picked a section each and drew pictures to illustrate the story, someone had to design the cover of the booklet as well. Teacher scanned our pictures and added them to the booklet. We also recorded the story.

You hope you enjoy our story. 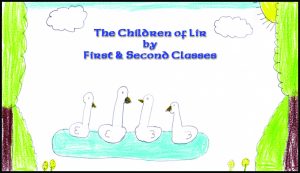 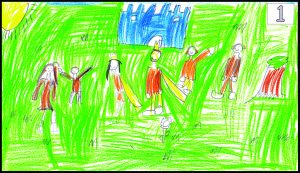 Once upon a time there was a King called Lir, his wife and four children, Fionnuala, Fiachra, Aodh and Conn. 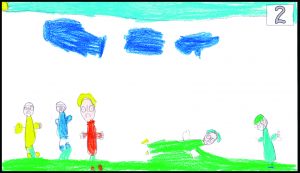 One day the Queen died and the children were really sad. 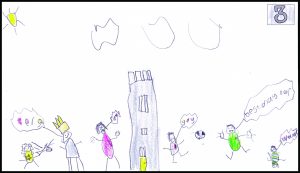 Lir married a woman called Aoife. but she was jealous of the children. 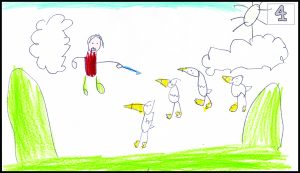 She cast a terrible spell and turned the children into swans. 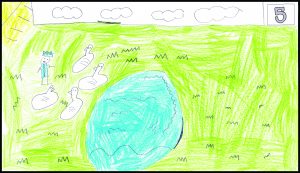 Lir found his children and visited them every day until he died. 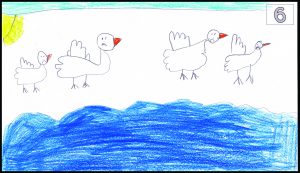 After 300 years the children flew to The Sea of Moyle. 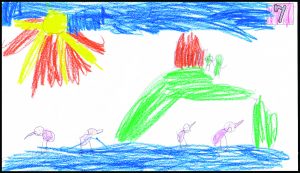 After another 300 years the children flew to Inis Glora. 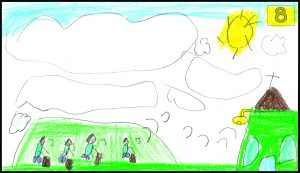 After another 300 years the children heard a church bell, they turned back into old, old people and died soon after.