Today we went to Clonmacnois .When we got there we ate our lunch and went into the tourist office and in there we went to see a video about Clonmacnois. At the entrance of Clonmacnois there is the cross of the Scriptures. The real cross is inside the one outside is a replica cross. We got a tour around Clonmacnois our giude was Nicola. At the Cathedral is the Whispering Arch. It was used to do confession. Lepers would whisper into it and it would travel around the Arch into the monks ear. 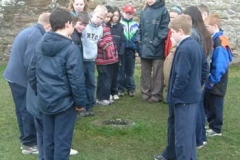 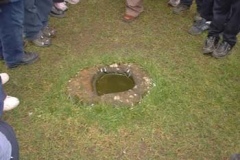 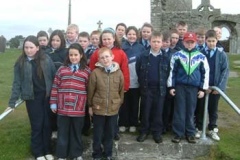 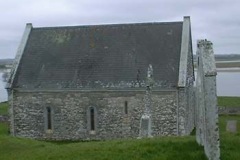 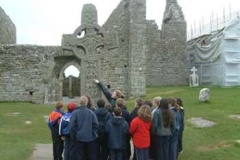 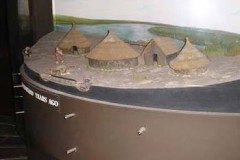 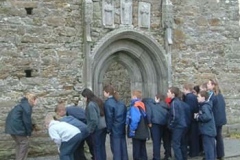 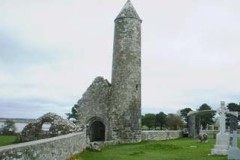 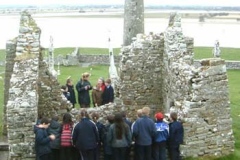 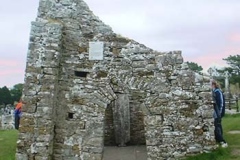 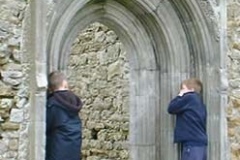 About 3000 people lived in Clonmacnois. People came and stole their valubles . The vikings attacked 13 times, the Saxons attacked 6 times , the Irish attacked 27 times and people from Athlone attacked once. The monks would be up on the top of O’Rourkes tower if they seen anyone coming they would ring a bell and the other monks would hear it and put there valubals in a bag and go to the tower and climb up and because there were 3000 people not everybody could get into the tower so most of the people had to stay down and defened themselves. Clonmacnois bridge was the first bridge across the Shannon in the area. A man was pushed off the bridge and died. The bridge was found under water covered in silt. St. Ciarán was buiried in Temple Ciarán. His hand was kept as a relic. There are 9 churches in Clonmacnois and they are temple Ciarán, Temple Finghin, The Catheral, Temple Dowling, Temple Hurpan, Temple O’Connor, Temple Kelly, Temple Rí and The Nuns’ Church.